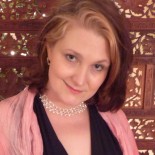 Shannon Fisher is the host of two radio shows, The Authentic Woman and Our Lives with Shannon Fisher, on the Authors on the Air Radio Global Network. Her social and political commentary delves deeply into the issues that matter most to Americans, and her interviews with public figures are often poignant and revealing.

Her work has been published in a wide variety of international, national, and regional publications including PBS, The Huffington Post, Blue Virginia, The Progress-Index, Golf Course Architecture (and ghost bylines in many golf magazines, including By Design, The BoardRoom Magazine, Club Management, and World Golf), The Daily Kos, Style Weekly, The Richmond Times Dispatch, and the Chronicle of Social Change.

The Authentic Woman with Shannon Fisher is the number one show on the Authors on the Air Global Radio Network. Shannon was named a “Woman who Inspires” by Svaha USA and among the “Richmonders of the Year” by Style Weekly Magazine for her activism in women’s rights.

A dedicated advocate for the safety, rights, and equality of women and girls, Shannon serves on the Board of Directors for UniteWomen.org, a national 501(c)(3) advocacy organization, where she co-founded the organization’s Unite Against Rape campaign. For this national awareness campaign, Shannon enlisted the participation of a multitude of legislators, celebrities, and everyday men and women.

Shannon received a B.A. from The College of William and Mary, where she studied public policy, public speaking, sociology, and performing arts. She is a graduate of the year-long Political Leaders Program at the Sorensen Institute for Political Leadership at The University of Virginia. Shannon also pursued study in Journalism for Social Change at the University of California, Berkeley.

Raising awareness of important human rights, sociological, political, and health issues is Shannon’s raison d’être. She loves to explore the human experience and strives to enact positive change in the world – one day, one issue, and one person at a time.